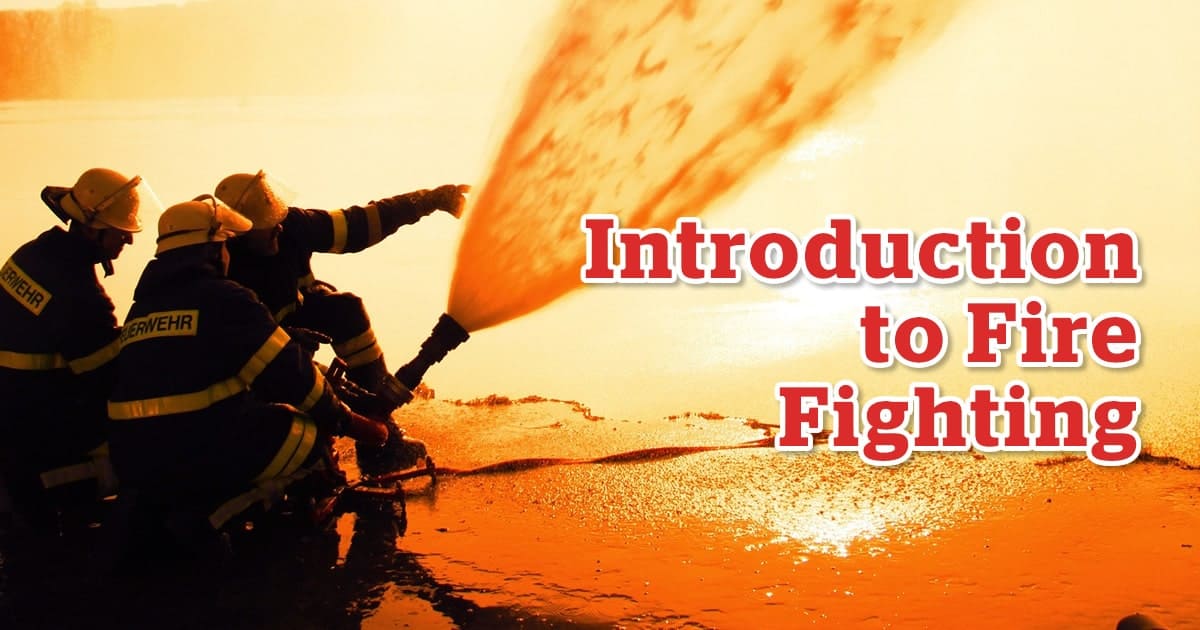 In the past, fire prevention devices were not available. Selected members of the community were assigned to monitor the area (especially at night) for fires. If they happen to detect a fire, they would alert people by ringing a church bell or by blowing a unique whistle. Upon hearing the bell or the sound of the whistle, the members of the community would work together to put out the flame.

As time went on, communities grew larger and larger, this system was slowly abolished. In the 1850s a special wooden rattle was invented in Australia that was shaken to alert or to wake people from sleep in the event of a fire.

In 1852, William F. Channing and Moses Farmer developed two fire alarm boxes that contained a telegraphic key. When a fire was detected, someone will quickly crank the handle of the fire alarm box. When this is done, the telegraph in the box instantly sends the fire alarm box number to a general alarm station. As soon as the telegraphers at the central station receive the message, they would notify a fire response team to go to the location of the box.

were developed in the 21st century. These alarms use modern technologies like a private radio system, a cellular transmitter, and a digital communicator system. Morden fire alarms can transmit signals to the nearest fire department in a few seconds, after which a fire team will be dispatched.

Smoke detectors are perhaps one of the most important inventions

in the twentieth century. Today, smoke detectors come in different shapes and sizes. Some models are designed as plastic enclosures, made in the shape of a disk. In the 1930s, the first smoke detector was accidentally invented by a Swiss physicist Walter Jaeger. He was initially attempting to build a sensor that could detect poisonous gas. However, when, he lit a cigarette his invention detected the smoke particles that exuded from it.

Smoke detectors were super expensive back in the day, so they were not used commercially. But things changed for the better in 1966, when Duane D. Pearsall and Stanley Bennett Peterson invented the first home smoke detector, which was affordable. Despite the fact that it was cheap, it wasn’t widely used in homes in the US until the early 1990s.

Equipment and tools for detecting fires

Fire detection equipment is a critical part of a building’s safety. When they are working properly, they can alert the residents of a building of a fire before it spreads or gets out of control, giving them enough time to escape to safety as explained in the evacuation plan here

Below is an overview of some common fire detection equipment.

if there is a sudden change in temperature.

These are devices that are programmed to detect flames. When working properly, they accurately detect the ignition point of a fire

. They are used in residential and industrial structures.
Here are the common types of fire detectors.

They are programmed to monitor the radiation that is generated by flames. They have a response time of two to four seconds. The detector is triggered automatically when there is a sudden change in thermal radiation. Accidental triggers can be decreased with the use of a unique programming algorithm that can recognize the frequency of a flicking flame.

This is one of the most used flame detectors. They are embedded with special optical sensors for detecting fires. Some optical detectors are designed to detect smoke by means of a principle known as the Tyndall effect.

The detector consists of a dedicated smoke compartment configured as a labyrinth. The chamber is designed to block the entry of ambient light. When smoke enters the chamber, an alarm receptor is triggered.

device is usually used in high-risk or fire-prone structures, where fires can spread rapidly.

Thermo-velocimetric detector- They are programmed to ring out when there is a rapid change in ambient temperature.

Smoke detectors are designed to detect fires almost instantly. They are somewhat different from flame detectors.

Below are the types of smoke detectors:

Why smoke detectors are important

Residential fires claim the lives of some 2000 people each year in the United States alone. In a fire, deadly gases and smoke spread a lot faster than heat. Most fire victims don’t die from burns but from continuous inhalation of toxic gasses and smoke.

, unaware of the danger that is lurking until it is too late.

A smoke detector stand guards day and night, and when it senses traces of smoke, it sounds an alarm. This allows families the precious time to escape.

A study that was conducted not too long ago shows that two-thirds of fire death occurs in homes with no working smoke detectors.

Where to install a smoke detector

Smoke detectors should be installed in sleeping areas and in every level of a home.

Regular maintenance according to the manufacturer instructions is needed to keep the alarm in great shape.

Important things to keep in mind when installing a smoke detector

Regular test – Test your smoke detectors every month to see if they are working perfectly. Don’t disconnect the batteries when doing this.

Cleaning – Follow the manufacturer’s instructions to the letter when cleaning your smoke detectors. Grease, dust, and other materials can cause them to malfunction or operate improperly.

. Consult an expert or deep and extensive research to find a top-notch smoke alarm.

are super effective especially when it comes to detecting smoke and fires.

An automatic fire detection system is made up of the following component.

By nature, fire is destructive, unpredictable and can break out at any time. The steps you take after discovering a fire will determine to a large extent if you will live or die. Below are steps you should take in the event of a fire

Leave the area – You have a window of two minutes to escape from a burning building. So, if you waste precious time admiring the flame or carry your belonging, you may become trapped. To prevent this, run away from a building or structure when you discover a fire.

Close doors and windows – Closing doors and windows will not only slow down the rate at which the fire spreads, but will also extend a window for the occupants of the building to escape. Don’t open a warm or a hot door, if you do, the raging flames from the other side of the door may engulf you.

. To be on the safe side, it is important that you never ignore a fire alarm, even at night.

Call the authorities – After escaping to safety, call the police or the fire department in your locality and tell them about the nature of the flame and your location. Even if you feel you got things under control, swallow your pride and call the authorities.

. Using any fire equipment without training may do more harm than good. Since you are not abreast of the working principle of this equipment, you may end up injuring yourself or those around you with it.

, then you should take action to put the flame out. Using a fire extinguisher is not as complicated as you may be thinking.

Below is a step by step guide on using a fire extinguisher.

If this doesn’t work or the fire intensifies after doing this, evacuate the building.

Evacuate – In the event of a fire, find the nearest safe exit. Using the elevator is not really a good idea, as it may not function properly especially if the fire is intense.

Report – Ensure that the fire is reported to the police department.

Headcount – Once you are outside, check to see if there is anybody unaccounted for. If there is, notify the firemen and police.

Fire detection is crucial in case of fire, as it can reduce the response time when it matters most. Before detection comes fire prevention (we discussed in this article

) – what actions we should take long before a fire starts – and after detection comes fire fighting.