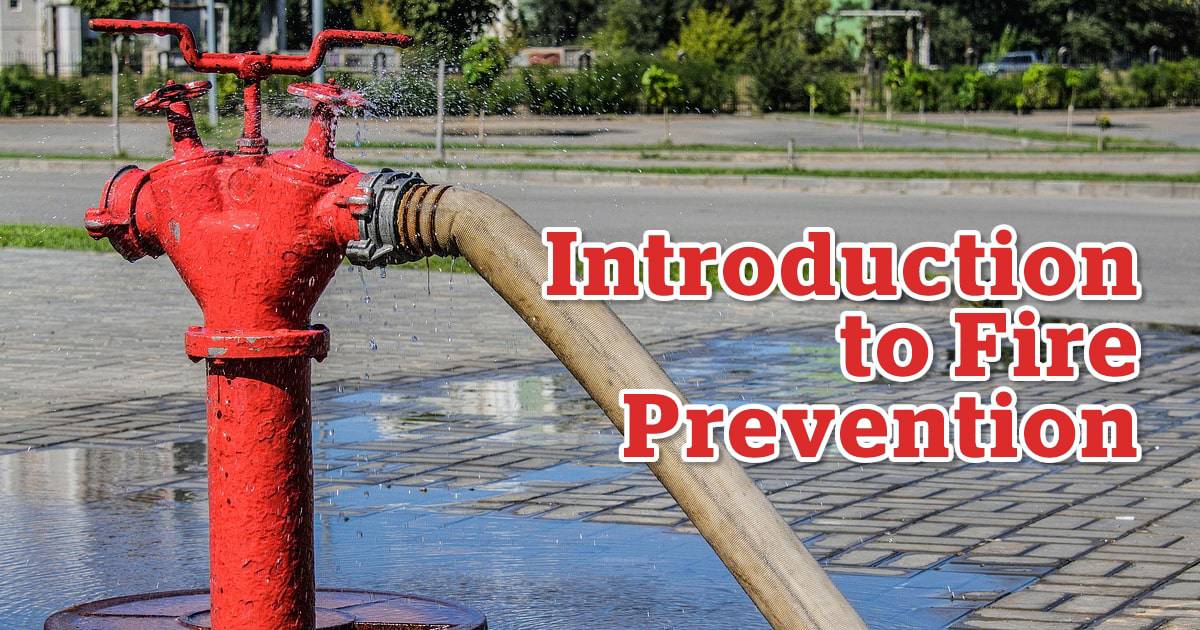 The history of fire prevention

Fire prevention wasn’t a thing in the United States Until after the Great Chicago Fire In 1871. The notorious inferno killed more than 250 people, destroyed more than 17, 400 buildings, leaving 100,000 people homeless. The fire started on October 8, but did most of its damage on October 9, 1871, consuming more than 2000 acres and burning for nearly 27 hours.

According to popular legend, the fire broke out shortly after a cow that belonged to Mrs. Catherine O’Leary accidentally kicked over a lamp, setting the barn, then the entire city ablaze.

For more than 130 years, people have been blaming Mrs. O’leary for the Great Chicago Fire. But research conducted by Historian Robert Cromine has helped to clarify what really happened.

The survivors of the Chicago fire never forgot their ordeal; the blaze produced numerous tales of heroism. But the fire also changed the way fire fighters thought about safety. On the 40th anniversary of the Great Fire, the International Fire Marshals Association (previously known as The Fire Marshals Association of North America) came to a unanimous decision that the Great Chicago fire will no longer be observed with other festivals, but in a way and manner that will keep the public abreast with the importance of fire prevention. The commemoration became more and more official as the years when by.

The first National fire prevention day proclamation was issued in 1920, by President Wilson. Since then the fire prevention week has been observed on Saturday and Sunday during the month of October.

Reports from the National Archive and record Administration Library Information Center shows that fire prevention week is the longest public safety and health observance in history. The president of the US signed a resounding proclamation, proclaiming the observance during that week since 1925.

A report from the CDC shows that more than 2500 people in the US die of residential fires each year. Most fatal fires start at night when people are asleep in their homes. While no building material is completely fireproof, well-constructed buildings can help prevent such tragedies when they are built with fire-resistant materials.

As you probably know, it takes a longer time for a fire to ravage and destroy a building that is built with fire-resistant materials. This ultimately creates a limited window for occupants to evacuate and escape to safety. Read how to evacuate a building in an event of fire

Most building materials are rated with respect to how long it would take for their structure to be altered by a fire. Some timbers are considered fire resistant but combustible. On the other hand, metals like steel or aluminum aren’t combustible; however, they then to bend and buckle under intense pressure and heat.

We are now going to be looking at some building materials for impeding a raging fire.

This is a plaster that has been used by artist and builders for structural purposes for hundreds of years. Stucco is made of lime, Portland cement, and sand, and it is an excellent fire resistant material for buildings. It can be used to cover important but vulnerable structural materials like wood and brick. Modern stucco is usually made of two coats of metal mash.

Stucco is versatile and can be used in different architectural styles, including Tudor and South western, Prairie school and many more.

Windows are important for light and visibility, but at the same time it can be a fire hazard. Glass windows are fragile and can shatter even before they come in contact with direct flame. A broken window creates an opening for a fire to enter a building and do serious damage.

To protect your home, you should give consider installing fire-proof windows. An example of a fire-resistant window is a dual-panned glass window. This window is energy efficient and can withstand direct flame for a longer time. Its outer layer breaks first before its inner layer.

Concrete is another excellent fire resistant material. It has low thermal conductivity and not combustible. This means that it will take a longer time for a fire to affect its structural integrity and load-bearing ability. Some studies have shown that concrete is a better fire resistant material than steel and aluminium. Most times it is used to protect and reinforce steel.

That said, it is important to note that not all concretes are created alike. Concrete is made up of two materials: aggregate and cement. The kind of aggregate materials that is used is by no means constant, it can vary, and aggregate can make up to 70-80 percent of the concrete.

The fire resistant capacity of a concrete is intertwined with the amount and type of aggregate that is used.

Bricks are highly resistant to fire. However, it might surprise you to know that individual bricks are more fire-resistant than a large brick wall. The reason why is due to the fact that a brick wall is held together with mortal, which is a weak fire resistant material. Even so, bricks are usually cited among the best fire-resistant building materials.

Drywall, which is also known as Gypsum board is made up of gypsum placed between two broad sheets of paper. Some gypsum boards are treated with a special additive to improve its fire-resistant ability.

Builders normally use multiple layers of gypsum board to boost the fire-resistant rating of a structure.

In the event of a fire, the paper on the exterior of the gypsum board gradually burns but doesn’t contribute to fire spread. Also, the gypsum board (made of chemically combined water) has a non-combustible core.

When it is exposed to flames, water will immediately start to steam out from it. This effectively reduces the transfer of heat through the board. Even after the water is gone, the core of the board continues to resist fire penetration.

There are various devices used exclusively for detecting fires. Below are a few of them.

Detection systems, which are programmed to give a resounding alarm when they detect a fire

, can work in conjunction with automatic sprinklers, Carbon dioxide systems, and dry chemical powder system. These systems will have to be designed by a technician that it armed with the technical know-how on operating these devices.

These are designed to discharge water rapidly to control a fire in its early stage. The device is made up of piping to convey and distribute water to the sprinklers, a reliable water source, special valves to increase and decrease water flow and auxiliary equipment like alarms.

The temperature increase during a fire triggers the sprinkler heads, which automatically start discharging a spray of water. Some sprinkler systems are designed to extinguish flames

and at the same time alert people of a fire. Sprinklers are mostly used in office buildings, factories, ships hold, and warehouses. Automatic sprinklers can be tailored to suit the unique safety needs of a building.

Thousands of Fires are reported each year in the US alone annually. These fires are responsible for two-thirds of structural damage in some region. Below are some tips can help you prevent and control fires.

How to prevent a wildfire

Unlike other natural disasters, some wildfires are caused by humans and can be prevented. Since meteorologist cannot accurately forecast wildfire outbreaks, it is important that people in fire-prone areas plan ahead of time to evacuate with little notice, here I discussed in another article

. Below are some tips on preventing wildfires and what to do if you happen to be caught in the middle of one.

Preparing your home, before you leave

What to do when caught in a wildfire

Never try to outrun the blaze. Rather, look for a body of water like a pond to crouch in. If there is no water body nearby look for a depressed area with little or no vegetation, lie on the ground and cover yourself with a blanket or soil. Stay covered until the fire passes.

Protect your lungs by breathing through a moist cloth.

Things you should never do before a fire

If a fire happens to start in your home or workplace, you may have as little as three minutes or even less to escape. Every action you take will determine to a large extent if you will survive. Some actions might seem like a good idea at the time, but there is a possibility that it will put you at more risk. Below are some things you should never do

before and during a fire.

Smoking in bed might seem like a relaxing activity, but apart from leaving a smoky stench on your mattress, it harbors a handful of risks. As you probably know, smoking is a bad habit, but smoking in bed is worse.

Paying little attention to cigarettes that are lit in a home is one of the major causes of house fires. Be careful especially around highly combustible materials like curtains, sofa and so on. If you need to smoke, go outside and make sure you put it out before throwing it away.

Storing fuel or solvents in a home comes with its fair share of risks. The chemicals within most solvents are not only poisonous but flammable. So, keeping them in a safe place comes with some unintended dangers.

Storing large amounts of hair products, perfumes, and other flammable materials in a home could mean the difference between a small house fire that can be easily smothered out and a fierce uncontrollable inferno. So if you store fuel and solvents in your living quarters you should consider moving them to a safer location.

As frightening as a fire might be, hiding is not really the smartest thing to do. Why? Well is because it doesn’t only limit your movement, it also makes it difficult or impossible for the fire service to find you when they arrive.

The harmful mix of smoke, flame, and heat can cause serious damage to any kind of enclosure, even metal structures.

Not calling the fire service on time