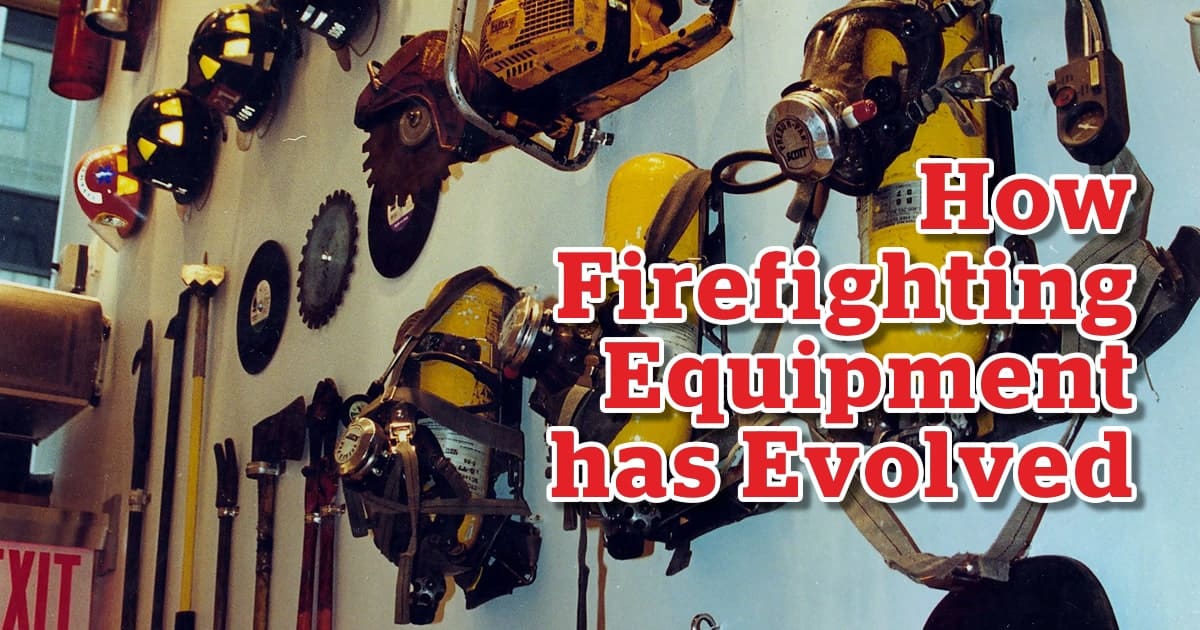 Firefighting is a dangerous profession that requires the use of specialized equipment to safely address a fire emergency. PPE (Personal Protective Equipment) is the official name for firefighting gears

In the past, it was difficult for firefighters to put out fires because they had no special gears or clothing that will protect them when putting out fires. They basically had to fight fire with whatever they wore. The same cannot be said right now, as technological advancement has led to the development of sophisticated gears and protective equipment for firefighters.

The design of the PPE (Personal Protective Equipment) used by firefighters today is a far cry from what was used by firemen in the past. The crude gears and equipment they used back then made it difficult or impossible for them to get into a burning building to rescue people. The clothing they wore offered little or no protection from heat and flames. This made it impossible for them to carry out interior operations effectively. The development of high tech protective equipment makes it possible for modern firefighters to rescue people trapped in a burning structure

The evolution of fire uniforms

As you probably guessed, a few attempts were made to design the clothes or uniforms worn by firefighters back in the days but this was done for the wrong reasons. You see, the special uniform designed for firefighters wasn’t made to protect them when addressing a fire situation. Rather, they were fashioned to identify members of the different firefighting companies

that were available back then. The uniforms were worn at special gathering and parades.

The uniforms had large numbers or letters printed on the front of them. They also wore a leather belt that bears the company’s number. Some firefighters back then used to hang their firefighting tools on the belt.

In the early I800’s, a few changes were made to the standard uniforms. The large letters and numbers were replaced by an identifying badge showing the rank and the department of the firefighters.

You likely now have an overview of what firefighters wore back in the days. Next, we are going to be taking a close look at some equipment they used like Bunker gear, helmet, SCBA, Gloves, and Boots to see how much has changed

The helmet is undoubtedly the most popular firefighting equipment, and for a good reason. The Helmet protects one of the most important parts of the body—the head. As a piece of equipment, its design has changed over the years. Different materials like metal, plastic, cloth, and leather have been tried out to see what works best.

The helmet that was used back in the days did not offer much protection but it did keep hot water and embers from entering the back of the neck of firefighters.  The name of firefighters and the company’s number was written on a shield mounted on the front of the helmet.

As time went by, the rate of interior fires rose significantly, this prompted firefighting companies to look for innovative ways to improve the design of the helmet so that it can offer more protection and above all, enable firefighters put out interior fires.

The history of fire helmets

The first fire helmet was invented in the early 1730s by Jacobus Turck. Jacobus’s design was pretty impressive and offered more protection. His helmet was made out of tough leather and had a wide brim and a high crown. Later on, Matthew DuBious improved the design of the helmet by inserting a wire to the brim to improve the resistance of the helmet to heat and moisture. His modification made it safer for firemen to put out fires in confined structures. Henry T Gratacap, in 1836, designed a helmet that offered more protection than its predecessors and is somewhat similar to the helmet firemen wears today.

Prior to the 20th century, leather was the preferred choice material for making helmets. At one time, aluminum was used because it is sturdy and is able to absorb heat, the outcome was quite dangerous, and so it was quickly abolished.

The helmet worn by firefighters today is made of tough fire-resistant materials to shield firemen from heat, falling objects, water, and so on. Fire helmets are made using a handful of colors to help identify the rank of the firefighters. In years to come, the design of a fire helmet is surely going to improve even more.

Firemen use gloves to protect their hands from sharp objects and heat when putting out a fire. Gloves also help protect firemen when they are using rope or powerful equipment that could potentially damage their hands. Back in the days, firemen were forced to use anything from cloth to leather to protect their hand when dealing with a fire disaster

. As time went by, the quality of gloves they used gradually improved and today, one can find rugged, reliable and comfortable gloves that are made with heat resistant materials like Kevlar. According to the NFPA (National Fire Protection Association), it is mandatory for firefighters to wear high-quality gloves that can protect them from dangerous substances like heat, sharp objects, liquids, flames, and vapor.

Due to the nature of their job, firemen have to step on sharp objects which cause serious injuries. Boots are therefore critical to the safety of firefighters, as there are numerous sharp and hot objects at fire disaster scenes.

The role of boots isn’t limited to protecting the foot of firemen from a sharp object; it also keeps them stable and prevents them from tripping. Even more, it protects their foot from falling objects that could hurt their feet.

In the past, the boots used by firefighters were made of rubber. Eventually, they were replaced with knee-length boots that offered more protection. Further improvement was made in later years. Today, the NFPA (National Fire Protection Association) has set a standard for boots. They require designers to make boots using tough rubber and leather material.

The clothes worn by firemen are one of the most important pieces of equipment, as it protects the body of firefighters from heat and flames. The bunker gear is the special coat that is designed to keep firefighters protected when fighting fires. Like other firefighting gears and equipment, the bunker gear has undergone tremendous changes over the years.

The evolution of firefighting gears is indeed an interesting one. The advancement in science and technology has facilitated the development of high-tech and sophisticated equipment

that offers better protection against heat, smoke, and other hazards that firefighter face when putting out fires. In the future, more advancement will be made that will increase the performance and safety of firefighters.

Why is the smoke alarm